A Day in the Life of a Bankrupt Man – Insight 5

Note: This article is part of an on-going series about Jim, a fun-loving but financially disastrous friend. Let’s see what adventure he has in store today. 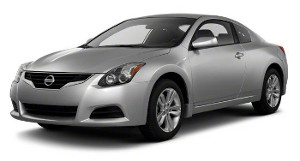 Today we continue our adventure with Jim, our soon-to-be bankrupt man. Jim is a real person, a friend of mine, though the name is fabricated. It’s been a little while since I last encountered him, since I’ve moved to a new city and all, but he recently came into my life again. If you recall from our prior meetings, Jim’s parents declared bankruptcy a little over a decade ago, mostly due to poor financial decisions. Jim learned everything he knows about money from his parents. Let’s see what he’s up to now, shall we?

Hello, Jim! Long time, no see. I hope things are going well for you.

Jim: Yeah, man, it’s good to see you again. I’m doing great since I finished college and started my new job a couple years ago!

Jim: And it gets even better. The store where I was working recently made me a manager! Pay raise, w00t!

Coming from our lovable but financially disastrous friend Jim, this is quite the streak of luck. Kudos to him. Say, Jim, that’s a slick-looking car that you’re driving. Is it new?

Jim: Hell, yeah it’s new! I just got it before I made the road trip here. Ain’t it nice?

Uh, yeah it is. I’m impressed, and a bit terrified for Jim’s wallet. Let’s see, the newest of the two cars that my wife and I own is now nine years old. And Jim, who just a few years ago was getting a payday loan to buy beer, is now driving a brand new car?

Say, Jim, whatever happened to that old, crappy car that you used to have?

Wait, so this is actually the second car you’ve bought in the last three years? I knew that your original car was, as you said, a hunk of junk, but was there anything wrong with the last one that you bought in ’09?

Jim: Naw, not really. It drove alright and only had 60k miles, but since I got a raise at work, I knew that I could reward myself with this new ride. Plus, it was easier on my wallet because the interest rate on the new car was lower than what I was currently paying. So, I got a brand new car AND my monthly payment went down. Win-win, baby!

And there we go. Just when I thought that perhaps Jim was beginning to pull himself out of his financial abyss, he falls back in. Don’t get me wrong: I don’t begrudge anyone from upgrading their vehicle, especially if the old one is leaving you stranded, but let’s examine in just how many ways Jim’s financial decisions are disastrous.

First of all, Jim got promoted at work, which is excellent in every way possible. No complaints here. The problem, however, is one of lifestyle inflation. Jim got a raise, and his first thought was one of more spending, especially the type of spending that locks him into even more debt. By all means, a promotion requires celebration, but there are ways to celebrate without emptying one’s wallet. And if he simply had to buy something, he could have at least made it a one-time expense. Go out to eat, or go to a sports event. Heck, buy a flat-screen TV – that’s still better than making payments on a brand new car.

And speaking of that new car, I’m not the type of person who advocates that buying a new car is always a poor decision. Some people just prefer being the first owner of a car, and I understand that completely. My parents always bought new cars, but they kept the old ones for about twenty years, and when they finally tired of the old rust buckets, they saved enough to buy the new ones in cash. Jim’s problem, though, was that he had no reason to upgrade to another car at all. His previous one was still fairly new and had low miles. It hadn’t left him stranded, nor had it insulted his mother. Jim just wanted a new car, and used his promotion at work as justification for buying one.

And finally, Jim fell into the classic trap of looking at monthly payments versus total balance. All he could see was his current monthly payment dropping a little, and couldn’t look beyond it to the swelling overall balance that he now owes. Throwing interest into the mix, Jim will pay tens-of-thousands of dollars more for his celebratory decision to ditch his perfectly reliable used car in favor of that new-car smell. Not to mention that his auto insurance will certainly go up as well, likely negating any decrease in monthly payment that was his motivation in the first place.

And thus we witness the bankrupt mindset at work: Celebration requires more spending, and more precisely, more debt. An increase in net pay is equaled – or exceeded – by an increase in lifestyle inflation. Assets such as vehicles are fair game for upgrading just because one so desires, even if the old one is still in good condition.

I’m sure Jim loves his new car (which, by the way, is actually the one pictured at the top of this post). I’m sure it brings him great joy to show it off to friends and family. In that sense, maybe the added debt is worth it to him. Provided that he keeps his job and keeps the car long enough to pay it off, there are certainly worse things he could have done with the money. However, considering that he has no emergency fund and has a fairly staggering amount of student loans, he definitely could have made a better decision. My guess, unfortunately, is that a few years down the road he will find some justification for trading in this current car for yet another new one, thereby continuing his vicious spiral of adding onto his total debt balance.